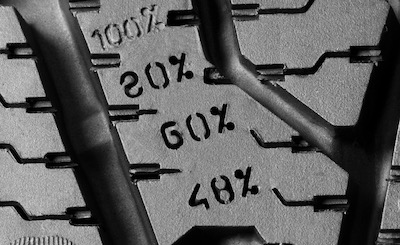 The reason all season tires are the best choice for hybrid and electrical cars is because these tires have the lowest rolling resistance out of any car tires. Low rolling resistance is important because it decreases the amount of energy needed for each journey thereby allowing the hybrid or electrical car to go further. Rolling resistance is the combination of forces that work against the forward motion of your vehicle. The weight, gravity and inertia, the amount of friction between the tires and the road surface, as well as air drag.

So why are all-season tires the tires with the lowest rolling resistance? This is because tires like winter tires and all-weather tires have deeper tread blocks to help with grip and traction on snow and ice. Since all-season tires are not made for winter weather conditions and do not hold the “Three Peak Mountain Snowflake” emblem they are not required to have such an aggressive tread pattern. This in turn equals lower rolling resistance which helps make the car more environmentally friendly which is of course the reason many people invest in hybrid and electrical cars.

Tire size can also play a role in rolling resistance. It is recommended to follow the manufacturer’s guidelines for tire size for the make and model of your car. If the recommended dimensions are 265/70R16 then you need to get 265/70R16 all-season tires to make the most out of the performance of your car as well as maintaining fuel efficiency. Larger or wider tires than the recommended size tires actually decrease the fuel efficiency by increasing the rolling resistance. Most hybrid or electrical cars actually come equipped with all-season tires from the factory. The other big advantage with these tires is that they can be used year-round if you live in an area with mild year-round climate.